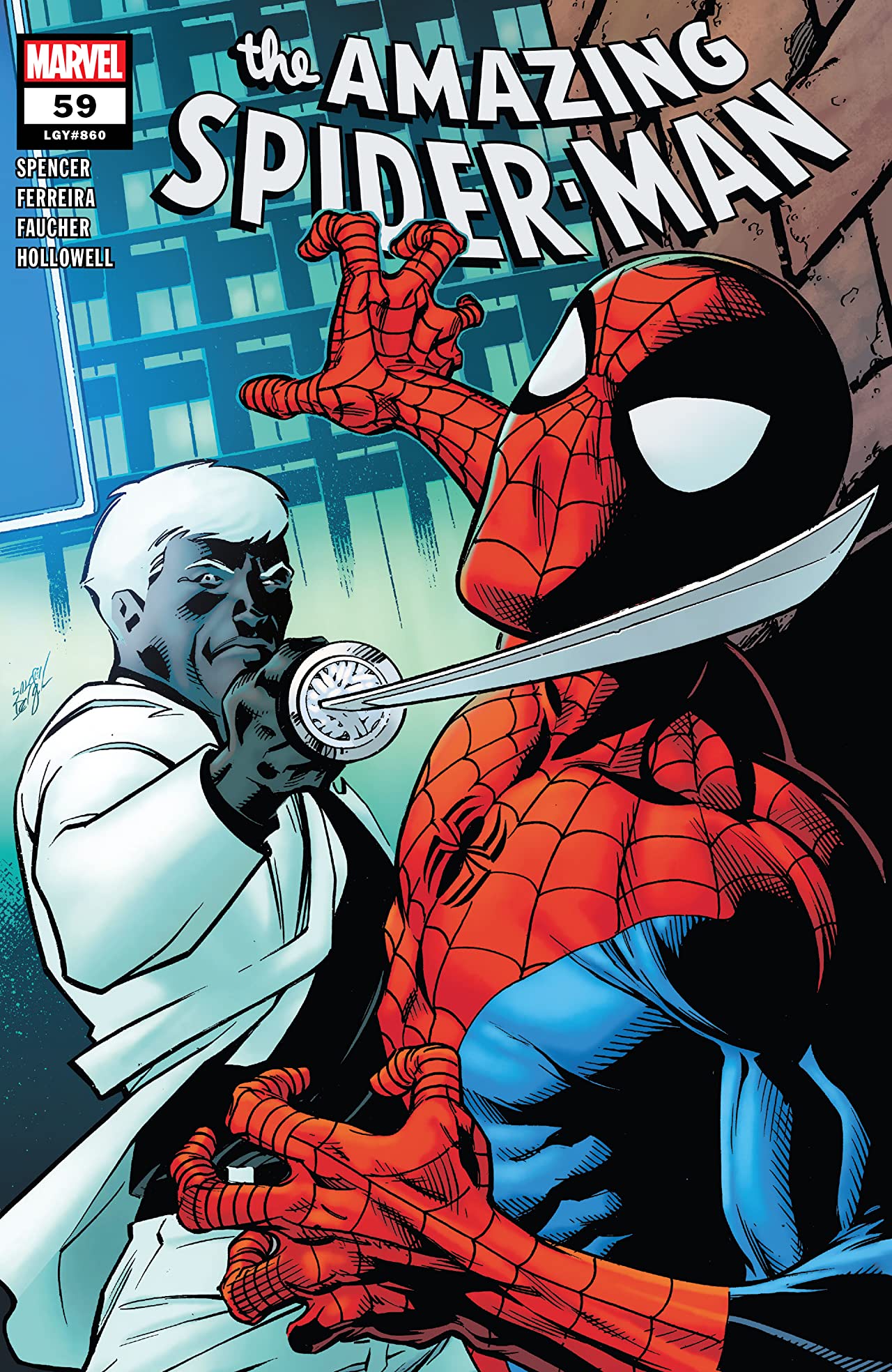 “Martin Li Hangs Out Inside.“

Martin Li explains to Aunt May that he killed the real Martin Li, and he is just Armin Tamzarian when he’s not Mister Negative.

Norman tells Liz that she can see Harry, who looks bad.

Then we get an intercut montage of three scenes: (1) Li and May trying to escape through the tunnels, (2) Spider-Man fighting Mr. Negative’s demons, and (3) Liz seeing Harry as Kindred for the first time (I have my doubts.)

Two of the scenes intermingle as the Mr. Negative demons capture May in front of Spider-Man. Li agrees to become Mr. Negative if they release her.

Mr. Negative looks like he is just going to walk away when Spider-Man promises to “bring [him] in.” But Mayor Fisk shows up and says that he plans to do so.

Spider-Man leaves and Peter appears at the F.E.A.S.T. center to check in after her. She notices that his arm is bleeding (from Spider-Man’s wounds from Mr. Negative’s demons’ swords’ edges) and his excuse is lamer than ever.

Norman has a heart to heart with Normie on the roof while Spider-Man watches from the distance.

But Kingpin says he can have more if he participates in a supervillain Cannonball Race with the Owl, (Turk?), Madame Masque, Hammerhead, Black Tarantula, Tombstone, Black Mariah, and the Head of Don Fortunato. We’re left with the impression that Mr. Negative will accept this (and basically get nothing for giving the tablet?)

There’s not much here that wasn’t implicit in the previous issue. It’s not even clear why Mr. Negative didn’t come back immediately like all the other villains. But I don’t think anyone wants to read an arc called “Martin Li Hangs Out Inside.”

And Spencer made it clear that Kingpin has a goal that requires the lifeline tablet and theoretically Kindred’s help. It’s disappointing to find out that it’s (apparently) to resurrect Vanessa again. The more you read about his relationship with Vanessa, the less sense it makes, especially in Bendis and Brubaker’s arcs where Vanessa becomes a villainous foil to the Kingpin.

And I thought “Clone Conspiracy” might finally cure him of that delusion. (There’s yet another coda to that story in Spider-Men II!)

We don’t really learn anything new in the Norman-Normie-Liz-Harry story other than that Liz is (apparently) grief-stricken at seeing Harry as Kindred.

I’m also not super excited about the reveal that supervillains will be competing for more tablet pieces. We already had a tablet-piece hunt. This hunt completely demolishes Mr. Negative’s standing: he’s just one among many bit players now. And this particular gathering feels like it will be used for comic relief, which I find jarring given Spider-Man’s overbearing sense of guilt over . . . whatever it is.