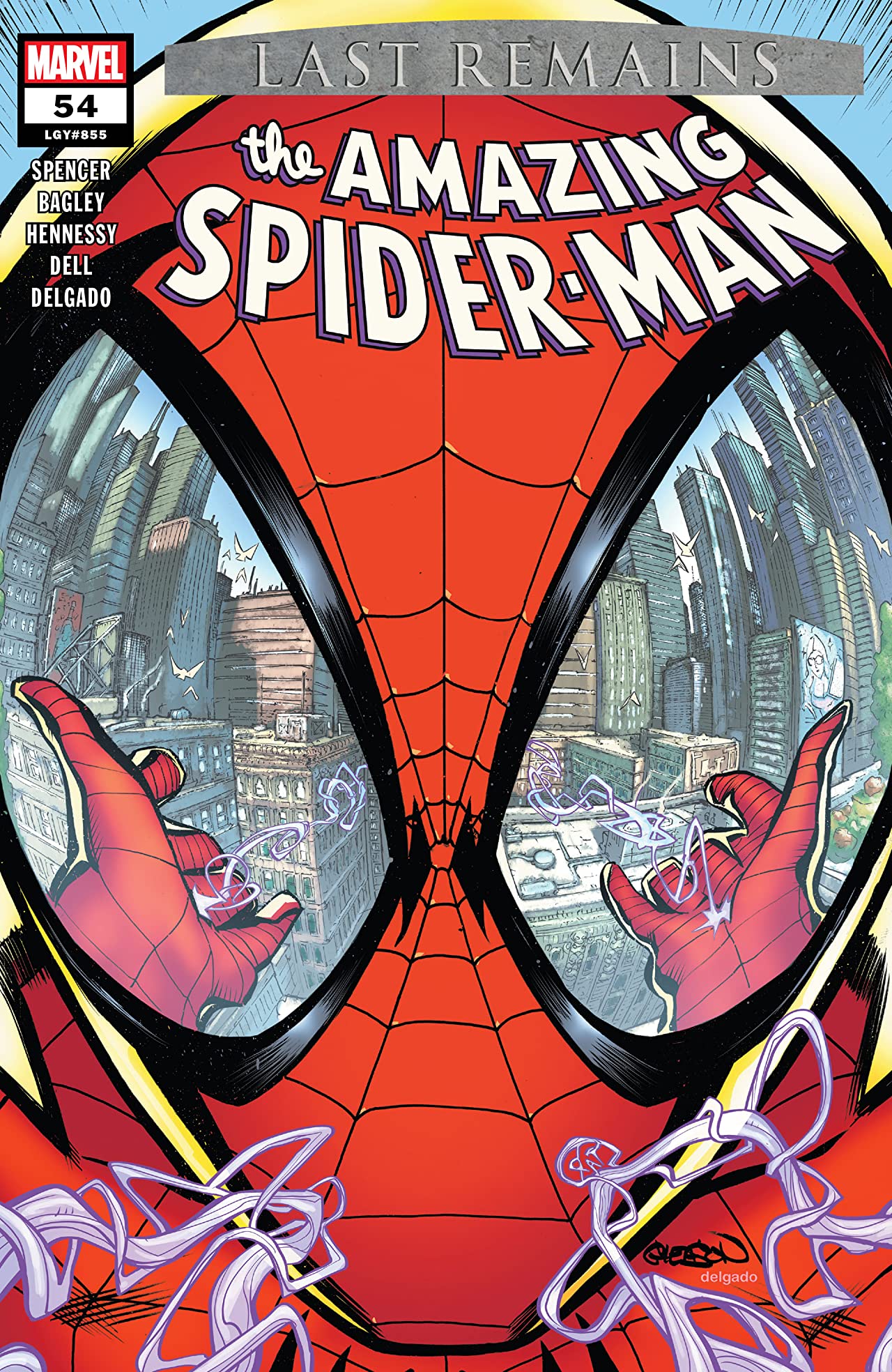 “Is it really to make Peter apologize for Brand New Day?””

Harry, still looking like Norman, says he has to stop Spider-Man.  Spider-Man, realizing his new deadly enemy is just Harry in a new costume, starts fighting back with a series of unanswered punches and kicks.  As Peter fights, he gives a speech about how he will always fight for his friends until he is dead.  Then, Kindred beats on Peter, saying that death is nothing and that the fight is not about Norman.  Then, Kindred kills Peter again.  With a glowing mummy hand, Kindred resurrects Peter.  Kindred then kills Peter seven more times—each time using a different method and with each death intercut with a scene from Peter’s past.

Kindred explains that when you are dead, you are tortured with the sins of your past.  Kindred then says that Peter is responsible for all of the problems because Peter’s attempt to do the right thing is arrogance.  Kindred argues Peter’s actions have negative consequences for all of Peter’s friends and family and hints at a sin in Peter’s past.

Kindred then shows Peter that Sin Eater has stolen Morlun’s power and plans to kill the Order of the Web.  Peter begs to let them go, but Kindred demands a confession.  Peter hesitates but says he does not understand.  The last page ups the ante, showing that Mary Jane is also at that same cemetery as Kindred orders Peter to “Confess!”

Finally, the Kindred story is really moving forward.  When Kindred was first introduced, there were some obvious questions.  Among them:  (1) Who is he?  (2) What does he want?  (3)  What are his powers?  (4) What is his origin?

We got the answer to the first question at the end of Volume 5, Issue 50.  Now we’re starting to get a sense of what he wants.  Is it really to make Peter apologize for Brand New Day?  I don’t see how that really affected anyone but Peter and Mary Jane.  What does Harry have to complain about?

Or is there some other sin?

And the methods are pretty confusing.  He seems to have a few parallel tracks.  He can go into people’s dreams and make them feel bad.  He can kill people and then make them have bad dreams before he resurrects them.  And he can also put people in mortal peril (where he presumably will decline to resurrect them.)  These methods seem to overlap quite a bit.

My final gripe is that we are supposed to be shocked at the effect that repeatedly dying  and being resurrected has on Peter.  But we have seen this before and quite recently when the Jackal repeatedly killed and resurrected Ben, turning Ben into the Jackal.  Peter’s relative sanity here makes the whole Ben story appear to be a matter of Ben’s personal weakness, a position that I think is disfavored among folks at spidey-dude.com.