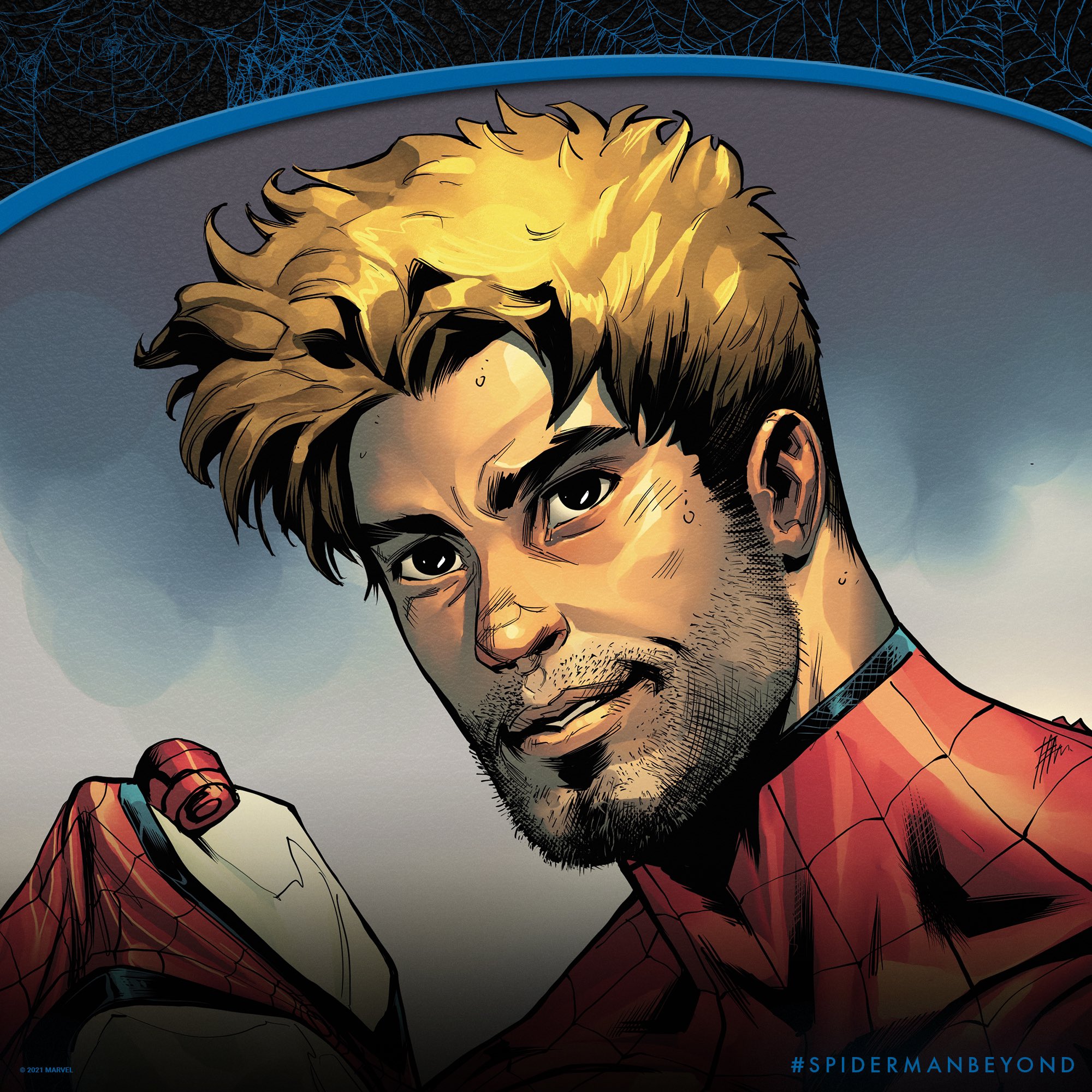 The Banner above was brazenly put upon the Cover to Spectacular Spider-Man 229, back then MJ and Peter were leaving to start their family, in Portland Oregon. At the time, the change was intended to be final. Ben Reilly was going to pick up the mantle and run with it.

Yesterday, Teasers started to be sent out:

Earlier today, Marvel released a press release informing everyone of their intentions for the post-Nick Spencer-Led AMAZING SPIDER-MAN. While they teased things on social media yesterday, the fact of the matter is simple: Ben Reilly is returning, as Spider-Man.

So after 25 years, cover dated December 2021, with a release in October, on a 75th issue of a volume of Spider-Man, Ben Reilly returns. It’s really, really a perfect symmetry. There is something highly poetic about it.

Here’s what Marvel had to say:

“A bold new age of AMAZING SPIDER-MAN is on the horizon!

Starting in October, AMAZING SPIDER-MAN will return with a story so bombastic that it will take greatest team of web-writers and arachnid-artists ever assembled to tell it. Kelly Thompson, Saladin Ahmed, Cody Ziglar, Patrick Gleason, and Zeb Wells will team up on the thrice-monthly title to shake up the Spider-Man mythos in ways no one will see coming… The saga will kick off in AMAZING SPIDER-MAN #75 where Ben Reilly will return to take back the mantle of Spider-Man. Backed by the Beyond Corporation, the captivating clone of Peter Parker is determined to be the best version of Spider-Man there ever was. And as yesterday’s teasers showed, this could have fatal consequences for Peter Parker…”

While I think that the series has been in incredible hands, I am concerned. Allow me to briefly to explain: The Brand New Day era had several writers. 576-676 had a lot of ideas, but it felt like each writer had their own ideas, and there was massive inconsistency, because each writer was tasked with developing their own stories, and they had a few overarching storylines. This work was okay, but if you followed me on Podcasting back then, you’ll know that I did not enjoy much of that run. Especially when they mentioned this on Marvel:

“When Zeb Wells started building this story it became apparent that it needed a narrative velocity and a team of the best of the best to make it happen. So we gathered some of the greatest writers and artists in comics to join us and the story got even better and bigger and more surprising.

“Zeb has proven through AMAZING SPIDER-MAN “Shed”, SPIDER-MAN/DOC OCK: YEAR ONE, and HELLIONS that he will bring the balance of hilarity and emotional devastation. Kelly Thompson’s work on CAPTAIN MARVEL and BLACK WIDOW shows her to be the best mind for character work along with a fearless creativity that will keep you guessing. Saladin Ahmed is the rare writer who walks the tightrope of a book like his Eisner-Winning BLACK BOLT to his smash hit “Clone Saga” arc of MILES MORALES: SPIDER-MAN and his contributions shook us all. Fans from his time at the Distinguished Competition know Patrick Gleason isn’t only an artistic visionary (as proven recently from his Webhead covers) but also a highly-skilled writer whose Marvel debut is going to be the shot heard round the comics world. Cody Ziglar is a new name in comics, but the work he did for the upcoming Disney+ She-Hulk show and Rick and Morty showed us at Marvel that he is part of the next generation of Marvel superstar writers and he has not disappointed here.”

Fans will be able to get their first glimpse at what’s to come on August 14 in FREE COMIC BOOK DAY 2021: SPIDER-MAN/VENOM. Check out artwork above, and stay tuned for an upcoming announcement revealing which incredible artists will be joining this talented group of writers in what promises to be one of the most unpredictable runs in Spider-Man history!

It seems that Wells is leading this charge. I am hoping that his work is better than SHED, because I absolutely hated that story. At the end of the day, I know that my faith in Marvel was restored with Nick Spencer. I hope that the team nails Ben Reilly as a character, and I hope that everything will make sense.

Marvel, please don’t screw this up.