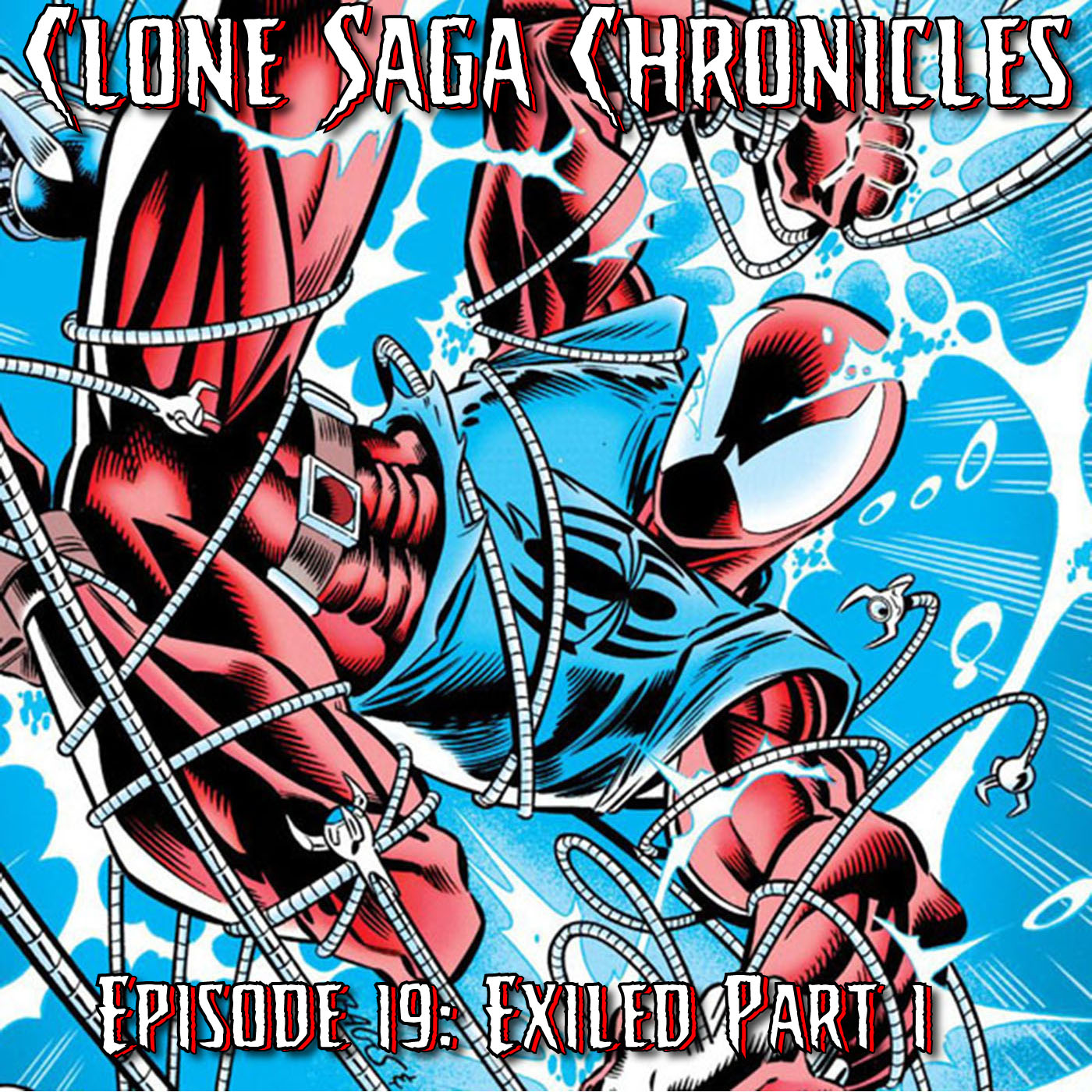 Zach is joined by the retooled team of Bertone, Gerard, and Don. They discuss the first half of Exiled, a storyline that filled in some gaps between the relationship of Ben and Seaward Trainer. Peter also begins to exhibit strangeness, building towards the two-part story known as Time Bomb. The first of two episodes covering the Exiled Arc.
ISSUES COVERED IN THIS EPISODE:
Web of Spider-Man 128
Amazing Spider-Man 405

Original Tag: “Back to our regularly scheduled program! The gang is back to take a look at the aftermath of all the Maximum Clonage messes. Blood will be spilled (seriously listen to the bloopers!). Special thanks to Pirate Beck for re-mastering the intro music!”