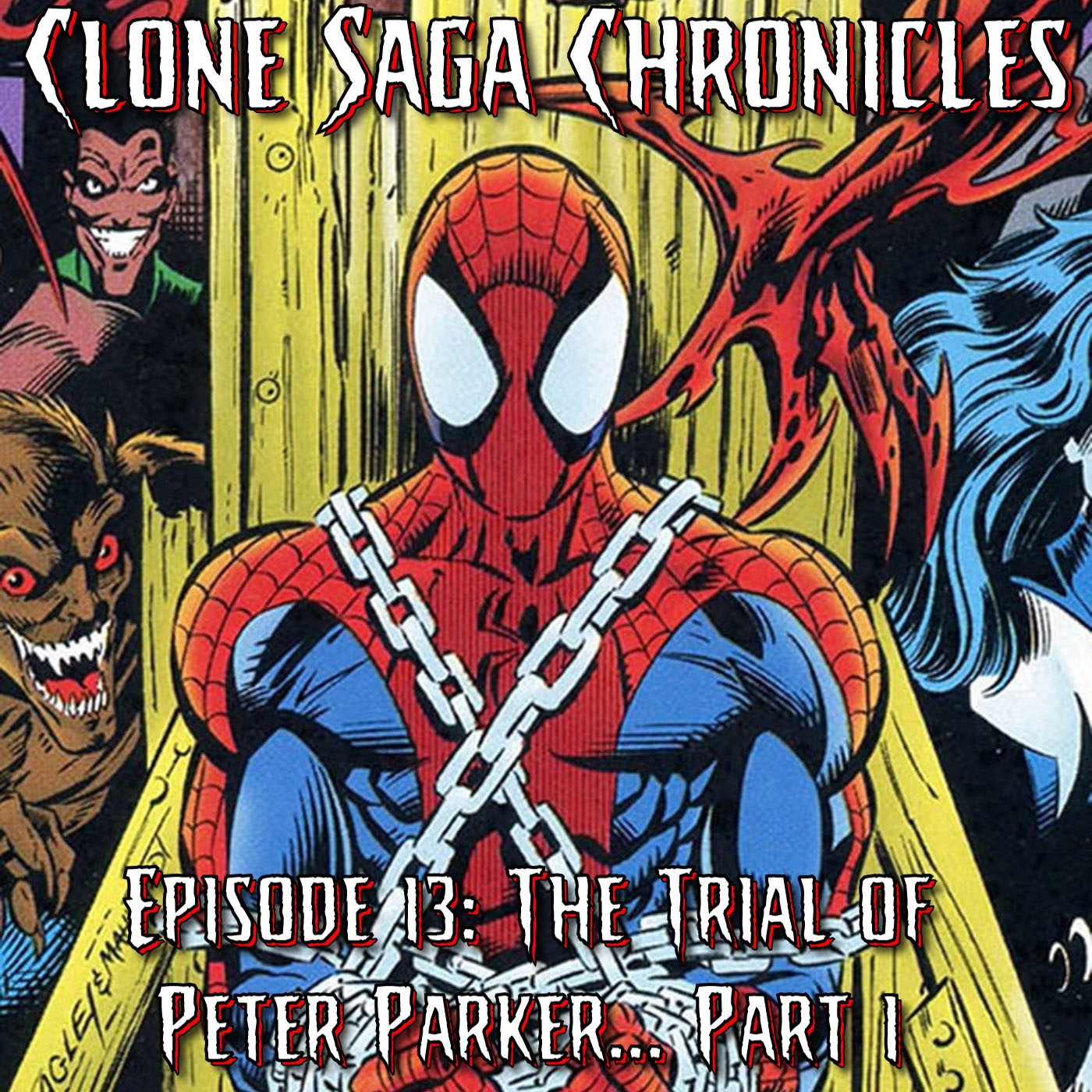 Back in the Clone Saga, Peter Parker was incarcerated for Murder in Salt Lake City. (The details of this would come to light in “Spider-Man: The Lost Years” Mini Series) Ben Reilly took his place. We cover the first three chapters of the Beginning of the End of The Saga’s First Half. Zach, Gerard, Bertone Jason and Don cover this courtroom drama.
Issues Covered in this Episode:
Web of Spider-Man 126
Amazing Spider-Man 403
Spider-Man 60

Re-Release Date: Feb 25 2012Original PodOMatic Text: “I know we sound like a broken record at this point, but this truly is the start of the major turning point of the CLONE SAGA. Kaine’s origin revealed and more!”