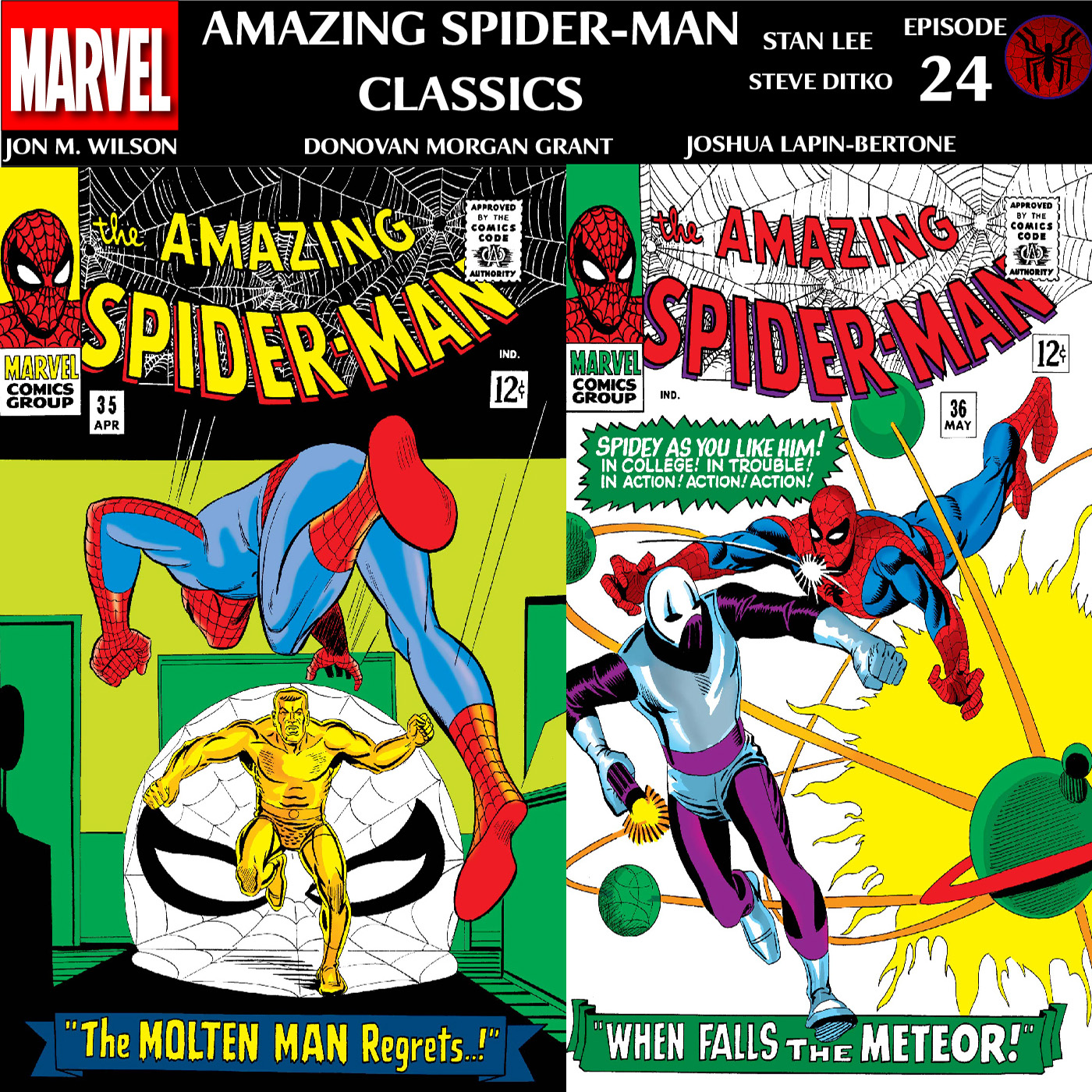 Thanks for coming back to see us here at Amazing Spider-Man Classics.  The three Classicists are all by themselves this time out for a couple of lackluster issues that bring us closer to Steve Ditko’s departure from the title.  In Amazing Spider-Man 35, The Molten Man Regrets the shameful things that happened between him and the webhead before, but that doesn’t stop him from coming back for more.  Then a right-out loony manages to get superpowers from some rock gas and begins looting, and thus we have the birth of the Looter.  All this, and some real treats from Ditko’s Gwen Stacy, too!

Speaking of Gwen, Josh Bertone has written several articles which explore the life of the character, which can be found at the Crawl Space.  And speaking of things being at the Crawl Space, Donovan Grant has been writing some reviews of the 1994 animated Spider-Man television series, so check those out!
Original Release: 02/03/2011