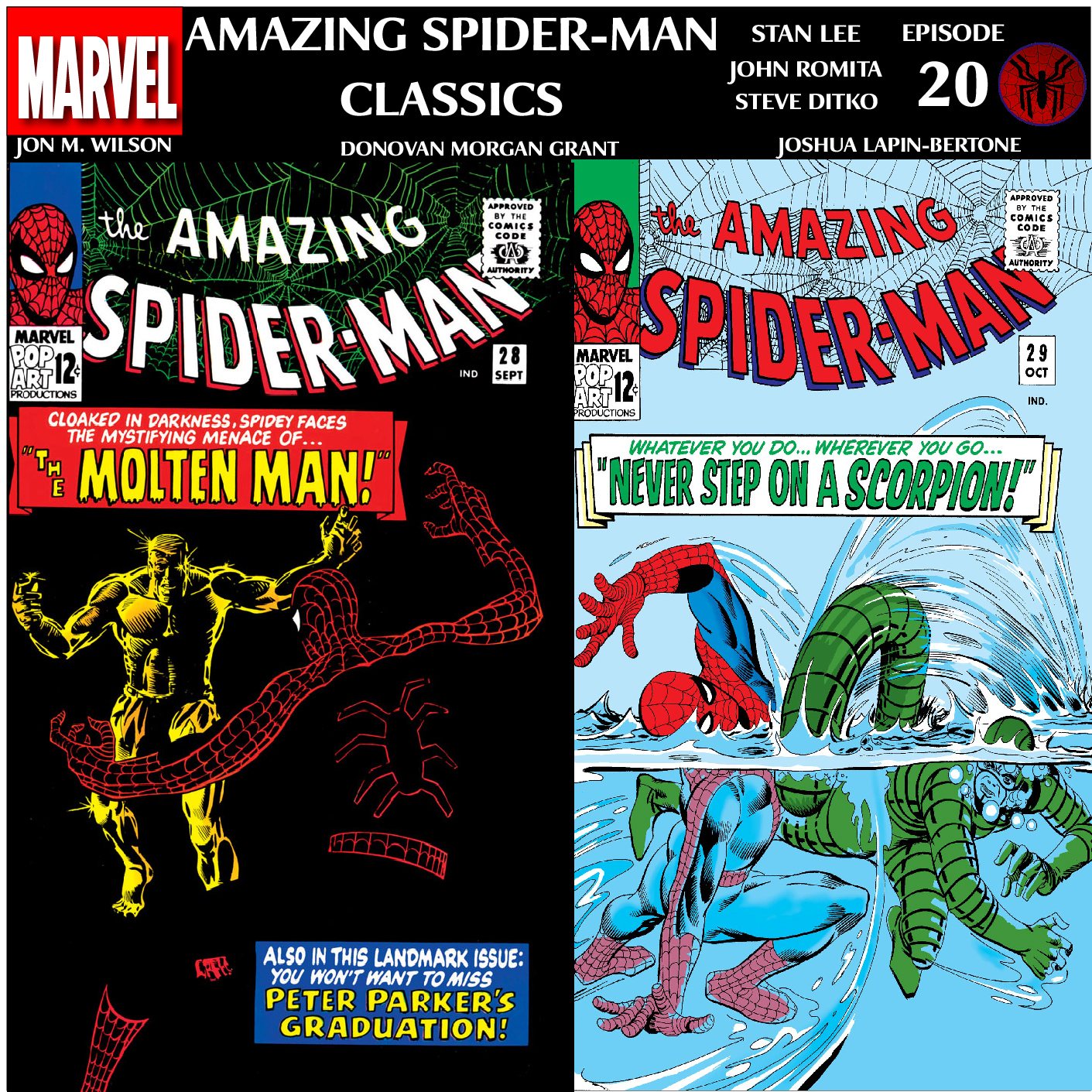 It’s time for pomp, circumstance, and supervillains here at Amazing Spider-Man Classics!  After a few days’ delay due to school, the Classics team is now able to take a look at Amazing Spider-Man 28 and 29 with the help of Eddie deAngelini, comic archive researcher for With Great Power: The Stan Lee Story, a documentary which got its premiere at this year’s San Diego Comic Con.  Eddie also holds the claim to fame of owning every single issue of (The) Amazing Spider-Man, having closed his final gap of issue 2 at SDCC, where he met our own Josh Bertone and introduced him to The Man himself.

Though we haven’t stated it here in a while, our mission is the same as always, to explore every single comic book appearance of Spider-Man ever, whether it be as a feature in his own books, a guest appearance in someone else’s, or even a random one-panel cameo somewhere.

This episode, Peter gets to graduate from high school in issue 28 after a tussle with the newly-doused Molten Man.  Then Betty has a breakdown when the Scorpion attacks in issue 29, and wouldn’t you know it, Ned Leeds is the one there to comfort her.  We have a lot of fun with these, taking time to really get into the character of Liz Allan, as Amazing Spider-Man 28 is basically her swan song for the next 100 issues.  You might also learn just how much influence Aunt May has had in the machinations of the history of the Marvel universe.