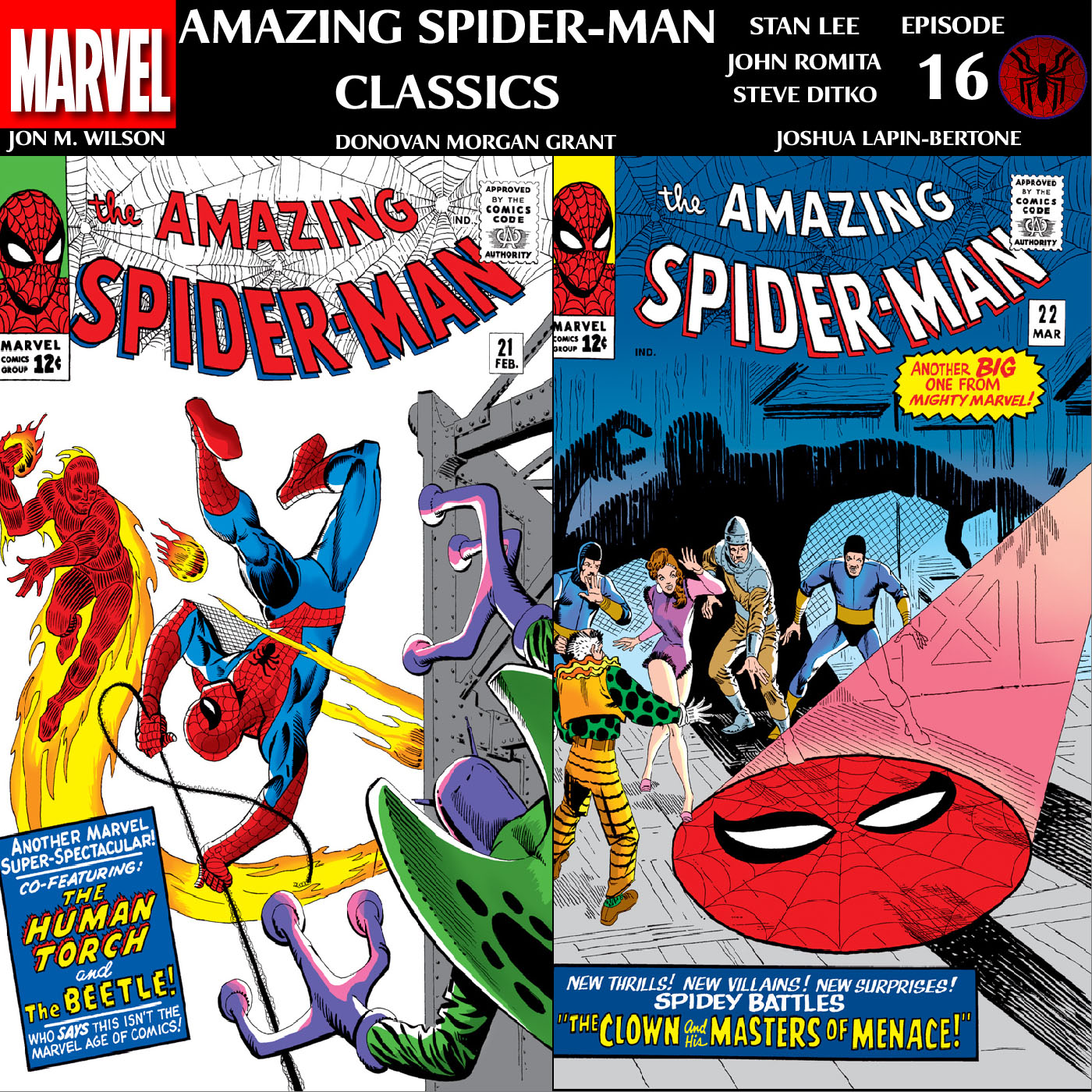 Gasp!  Shock!  This time around, the Classics gang is going SOLO!!  Or…um…trio.  What do you call it when a group of three is going alone?  Whatever that is, that’s what we’re doing.  It’s no big deal.  We’re just changing up some behind-the-scenes stuff which will mean more guest co-hosts sometimes, as well as the occasional episode with just the three of us.

In this, our latest episode, Jon Wilson, Joshua Bertone, and Donovan Grant venture beyond the realm of the three Pocket Books reprints that Jon had as a youth, looking at Spider-Man’s first fight with the Beetle, and his last fight with the Circus of Crime (at least for a long, long time to come).  Along the way, we laugh at Dorrie Evans’ insane demands on Johnny Storm, and Betty Brant’s insane jealousies of Peter.

There was a cool pin-up in issue 21, and I realized I should show more of the pin-ups.  (Those were lost to the ether)

As always, I hope you enjoy the episode.  We do answer your emails this time around, and we’ll do more next time as well, along with coverage of Amazing Spider-Man 23.