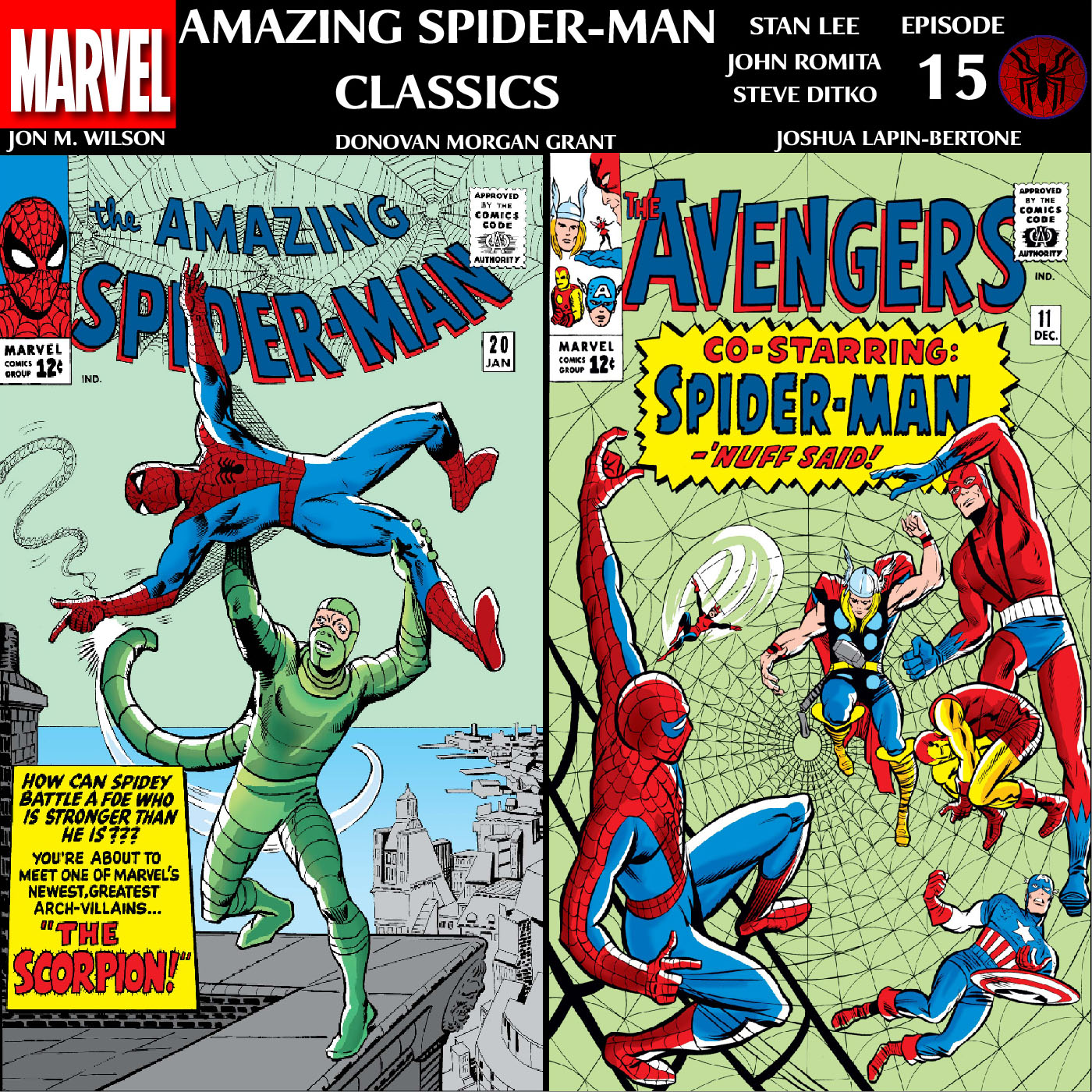 In the meantime, we are wrapping up our recording session with the ever valiant, but by now somewhat sleepy Stephen Lacey, of the World of Superman Blog.  After this, Jon, Josh, and Donovan have sworn off seven-hour recording sessions.  We’ll be recording more frequently for shorter durations, which means more guest co-hosts, and episodes with no guest co-hosts.  It’s just gonna be easier.  Stephen was great, but we hate to torture people with hours and hours at the mike.

This episode addresses the first appearance of the Scorpion, Mac Gargan, later of Venom fame.  We also see Spider-Man co-starring in an issue of The Avengers, or so Stan would have us believe.  This episode does run a bit shorter than most of our two-issue episodes, but there is much art fun to be had, mostly with the Avengers book.

Thanks as always for listening.  Next episode, the original trio return to look at issues 21 and 22 all by themselves.  Can’t wait to see you there!