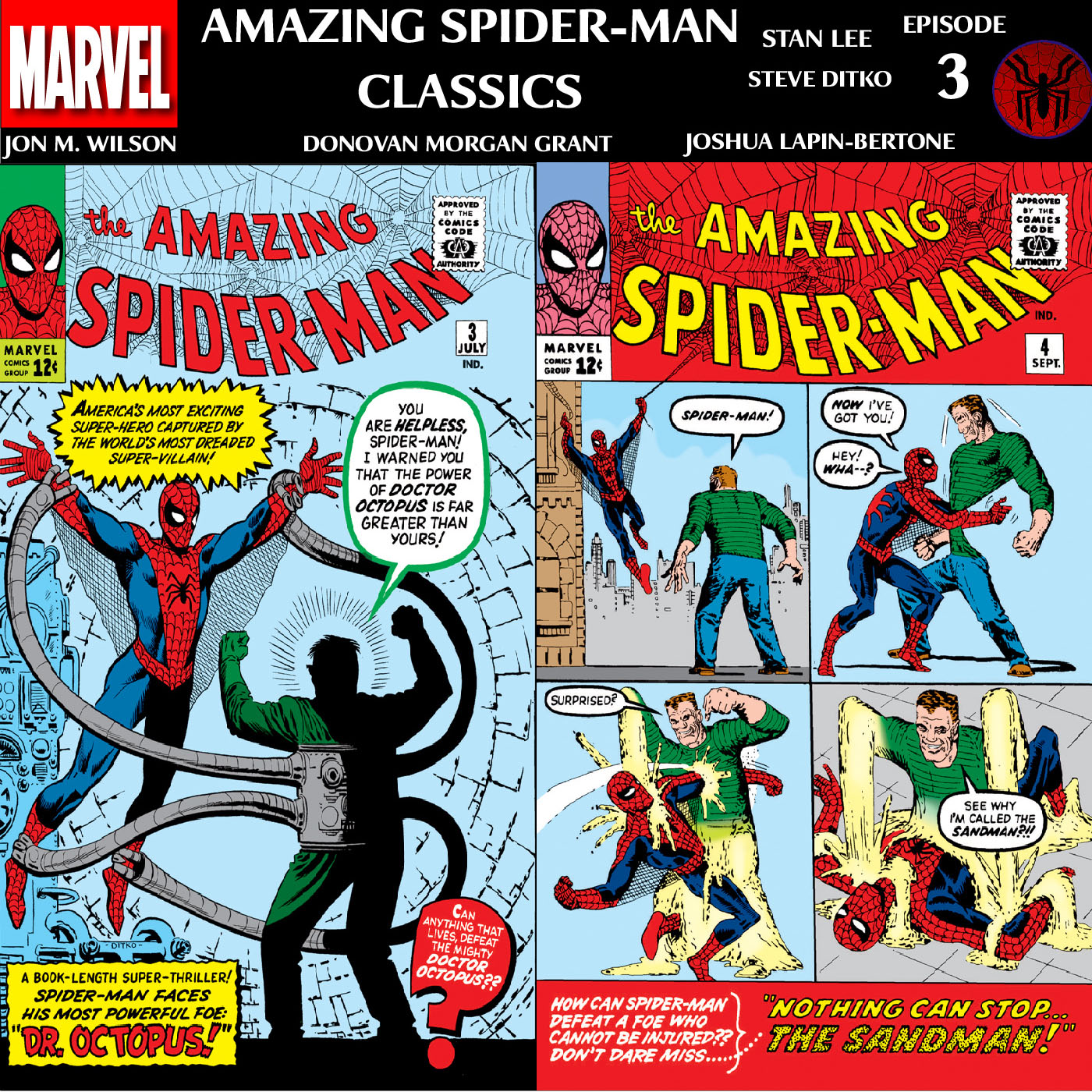 “I almost wish for an opponent who’d give me a run for my money!”  Oh, poor Spidey, be careful what you wish for.  Because this week, Jon, Bertone, and Donovan wrap up their first round of episodes with Doctor Octopus and the Sandman!  And they will both send Spider-Man running away with his spinnerets tucked between his legs.

Since there was no episode last week, perhaps a word is due on the schedule of this podcast.  It’s gonna be near-weekly.  Every month, Jon is gonna go through a stack of issues with a team of cohorts, and those episodes will be released over the course of the month.  So expect two, three, or four episodes every month, on not quite a weekly schedule.  This wraps up March’s episodes.  And if all goes well, there will be more in a couple of weeks.

A note from this week’s convo.  The team speculates on Liz Allan’s future after Peter Parker’s graduation, but no one takes the time to actually look up the info, cuz we’re too busy having fun.  So, for the record, Liz Allan says good-bye to Peter in Amazing Spider-Man 28 after graduation.  She appears again as a surprise in issue 30.  But then she’s gone from Peter’s life until Amazing Spider-Man 132.

If you’re new to the show, Amazing Spider-Man Classics is devoted to covering every issue of Spider-Man’s feature titles, as well as every guest and cameo appearance we can find.

We hope you’re continuing to enjoy the show.  Please leave comments here or email us, and hear your heartfelt missives on the air!  Plus it’ll make our little spider-hearts leap to hear from you.  You can also subscribe to the show in iTunes.