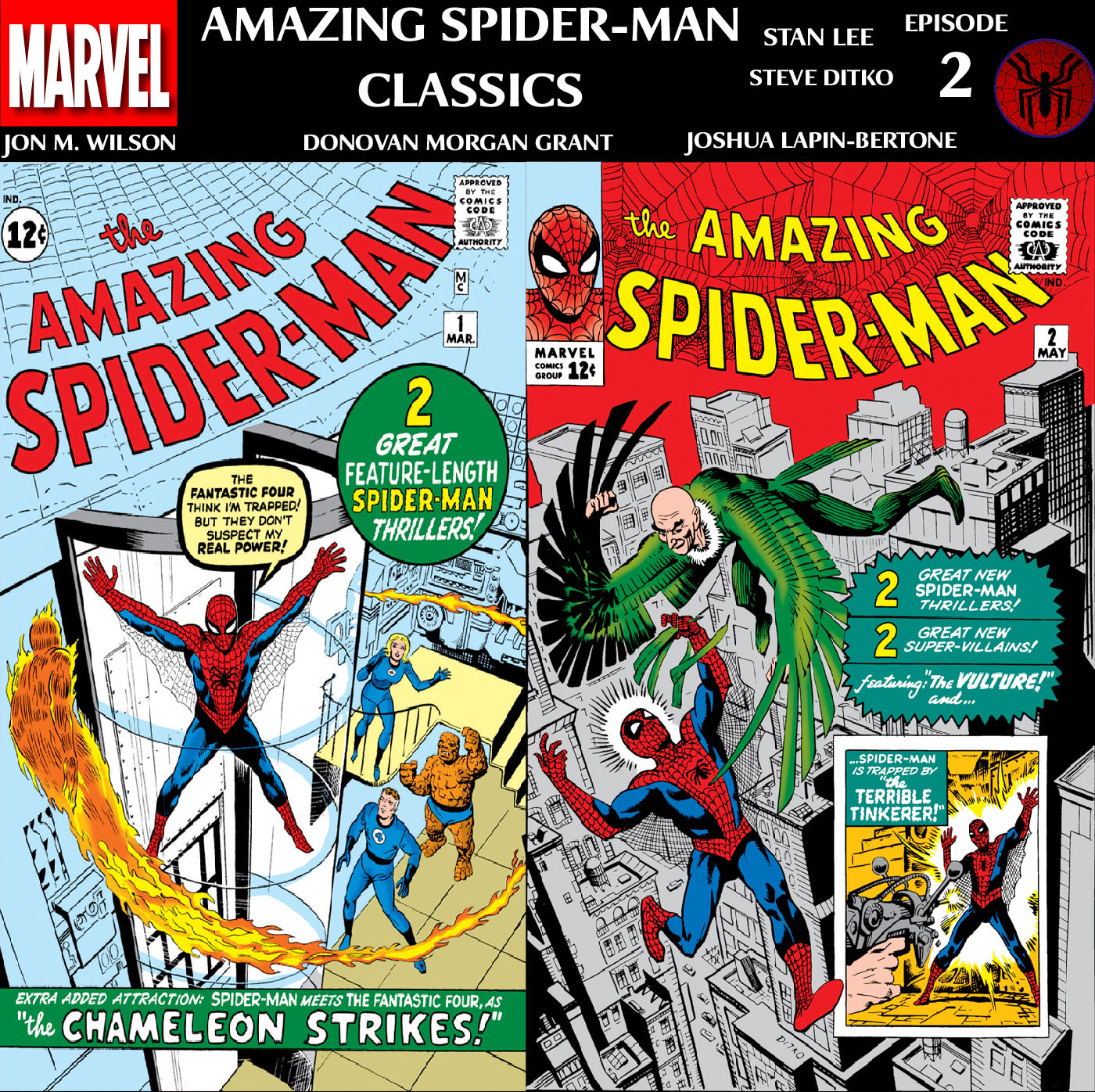 The Webhead is back!  Six months after his one-off story in the canceled Amazing Fantasy, Spider-Man was granted his own book, which hit shelves in late 1962.  Jon, Bertone, and Donovan take a look at the introductions of such essential characters like J. Jonah Jameson and Betty Brant while laughing at Ditko’s cooky villains like the Tinkerer and the Chameleon.

Amazing Spider-Man Classics is devoted to covering every issue of Spider-Man’s various titles, as well as every guest appearance or cameo in other books that we can find.

Some notes:  Right at the beginning of the discussion, I say that Jack Kirby draws Spider-Man with Steve Ditko inking.  I meant to say “on the cover” somewhere in there.  The interior arts are, of course, Steve Ditko’s.  At one point, we discuss the Chameleon’s career immediately following this story, but we aren’t positive of our facts.  Turns out that after this book, he showed up in Amazing Spider-Man 15 and then gave Iron Man and the Hulk a few troubles.  He didn’t show up in Amazing Spider-Man again until issue 80, and then 186, and not again until 306.  So the Chameleon was a pretty scarce villain until the late 80s.

We’re amazed at the rapid attraction of the show and are grateful for the support received from the Spider-Man Crawlspace, which has a great resource of Spidey news and fan items and their own podcast that is more than worth checking out.  We hope we can continue to live up to your hopes and dreams.  If we do, we wanna know!  And if we don’t, you better tell us how we failed!  Comment below, or email us!